Throughout your journey through the business world, you may have heard rumors, hushed whispers of a deep, dark world beneath the surface of the Internet. Well, it’s real, and it’s known as a hotbed of corruption, where hackers can sell stolen credentials and personal records. However, contrary to popular belief, the Dark Web isn’t as mysterious as it’s made out to 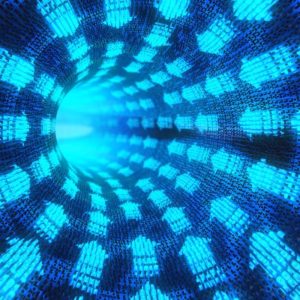 Here are four things that you (probably) didn’t know about the Dark Web.

Anyone Can Access the Dark Web
You would think that it would be difficult to access the Dark Web, but in all actuality, it’s quite easy. You only have to download a couple pieces of software. Why would you want to access it, though? Surprisingly enough, the Dark Web is teeming with legitimate purpose. Some web companies have a big presence on it, while others–typically journalists and others who deal with sensitive information–share knowledge across it. One of the biggest reasons, though, is a business’s IT department checking for sensitive data that has been stolen from them.

This goes without saying, but if you really want to access the Dark Web, you’ll need to do everything in your power to secure and back up any mission-critical data that you might have. You’ll be heading into some sketchy territory.

Nobody Knows Who You Are
If anything has been made clear over the past few years, there’s nothing anonymous about using the Internet. Even on the Dark Web, anonymity is an enigma. It’s true that encrypted sites that utilize the domain “.onion” can only be accessed by those who are using the Tor web browser, but by doing some digging, you can unmask just about anyone on the Dark Web. Supposedly, the FBI has malware that can track IP activity, but that’s not information we’re exactly privy to.

TechRepublic explains how Tor masks the identity of users while on the Dark Web: “Tor works by creating a secure connection between the user’s web browser and a network of machines, then tossing the originating IP address through several disparate relay points within the network. In theory, these “onion layers” mask the browser’s point of origination.”

The lesson: even with Tor and SSL, nobody is safe and secure on the Dark Web.

The Dark Web Is Bigger Than You Think
Even without the Dark Web’s biggest market, Silk Road, the deep dark Internet still has plenty of marketplaces that have sprung up in its absence. Illegal eCommerce is still a major concern, especially because user interfaces have become more streamlined to the point where basically anyone can purchase stolen financial credentials or personally identifiable information. Additionally, in the wake of this surge of illegal online activity, many reputable vendors have introduced services that can help users identify if their credentials have been stolen and put up for sale on the Dark Web. Some even offer security services and threat mitigation for those who do want to navigate the Dark Web, for whatever reason.

The Dark Web Isn’t All Illegal, or Disturbing, or Both
Believe it or not, the Dark Web is filled with more than just illegal content and sketchy marketplaces. Surprisingly enough, the Dark Web has quite a few features that can be found on the surface web. Facebook’s Dark Web site is quite popular, sporting over 1 million visitors every month. There’s also a search engine called Not Evil that’s similar to Google, and Deep Web Radio, that works like any music streaming service. There’s even OnionWallet, a bitcoin wallet service where we suspect you would need to go in order to convert real-world dollars into cryptocurrency.

Of course, the danger of using the Dark Web cannot be underestimated. It might be accessible for users, but that doesn’t mean that you should allow them to go there. The Dark Web is, by far, too dangerous for the average office worker to navigate. A content management system can keep your employees from visiting dangerous websites that could either land themselves or your business into hot water. But, we think the thing you have to worry about the most is the loss of productivity that comes with it.

Tip of the Week: 3 Expert-Level Search Tips to Help You Find Exactly What You’re Looking For

Exploits From the NSA are Now on the Black Market