Data breaches are common problems for businesses of all shapes and sizes. In fact, they often have huge repercussions that aren’t initially seen in the heat of the moment. How can you make sure that a data breach 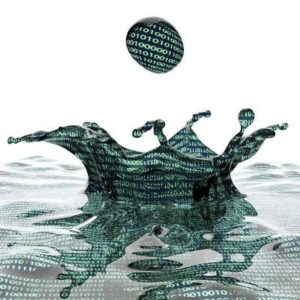 won’t negatively impact your business, even well after you’ve fixed the initial problem?

Cisco, for example, claims that out of all companies that experienced a major data breach in 2016, over one-third of them lost more than 20 percent of their customers, opportunities, or revenue. This clearly shows that your business has far more than just data on the line when it comes to cybersecurity. Simply put, by not taking measures to keep your organization secure, you stand to put the future of your business itself at risk.

This makes sense, especially when you consider a consumer’s natural reaction to a poor experience with a specific vendor or brand. If you were a customer at a store that experienced a major data breach (one in which your financial information was stolen), would you still want to shop there? Many organizations will reassure their customers that the vulnerability has been resolved, and some might even offer to make amends for their careless handling of customer data. Yet, sometimes even this isn’t enough to retain customers, and often times, you won’t find this out until it’s too late.

As a small business owner, can you imagine what it would feel like to lose as much as 20 percent of your current clientele? Large organizations might have enough resources and offerings to make the loss seem more manageable, but chances are that a 20-percent loss would be a huge hit for any smaller organization.

Furthermore, it’s likely that such a loss of customers, opportunities, or revenue would affect long-term growth. If your organization loses 20 percent of its customers, that’s not just lost business for you–that’s a whole bunch of customers who won’t recommend your organization to new clients. What’s worse, they may even tell others about your business, but not in the way that you want them to. Before you know it, you’ll have former customers telling their contacts all of the ugly details about their experience with your business, data breaches notwithstanding.

In other words, not only does a data breach represent a loss of revenue, but also a loss of potential resources that could be utilized to further advance your business in the future.

Thus, a relatively small issue could transform into a major problem that puts the future of your business in jeopardy. Cisco also found that the following problems were concerning for organizations that experienced a data breach:

Cyber threats continue to evolve into bigger, more dangerous threats that are harder to counter and prepare for. Despite this fact, it’s still your responsibility to make sure that any potential data breach doesn’t spell the end for your enterprise. It’s clear that, in order to guarantee the success of your business’s future, you need to implement powerful and focused security solutions designed to prevent breaches in the first place.

Tip of the Week: Browse Incognito Mode Better By Enabling Your Extensions